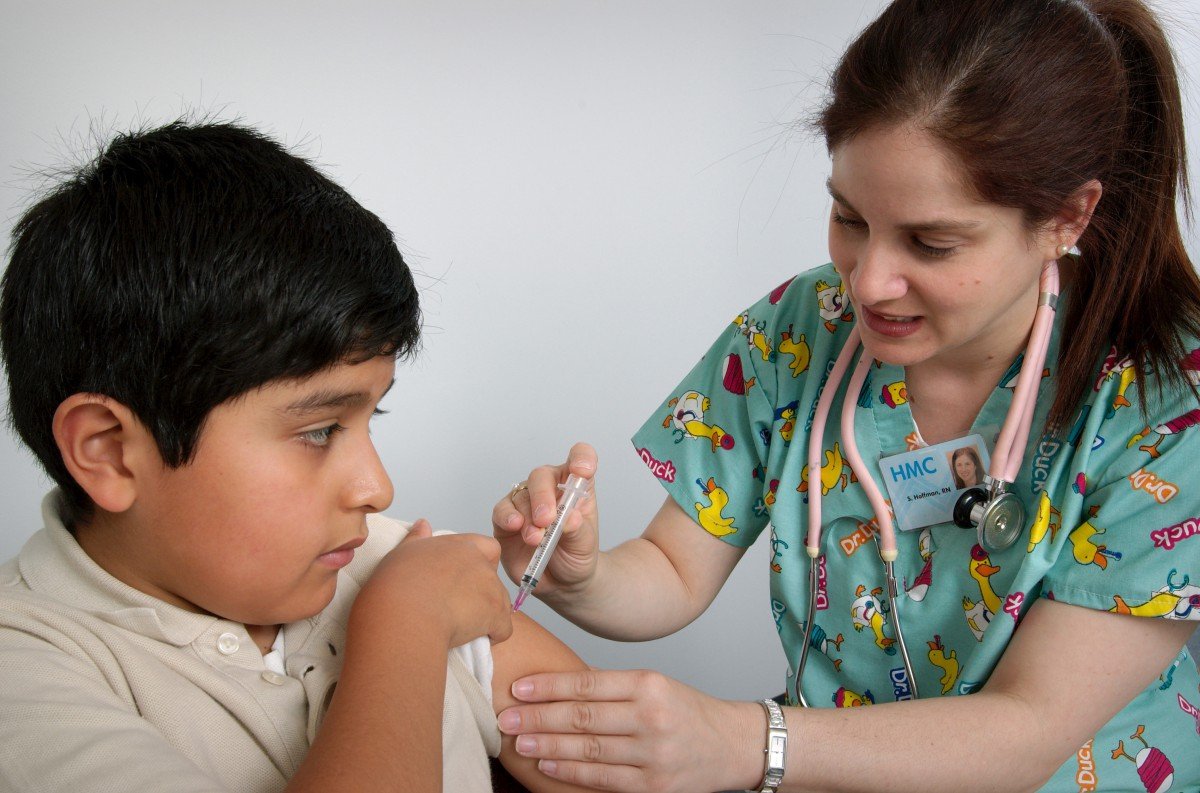 The vaccine story will never end. The problem is not that vaccines do not benefit, sometimes, but that there is no hard scientific evidence that all vaccines do so. On the other hand, there are no studies to investigate the long-term consequences from these genetically engineered virus particles that stimulate our immune system to generate antibodies; such antibodies attack our own proteins because they confuse them with the genetically engineered viral proteins. Pediatricians, despite their good intentions, need to spend more time in the library to look for scientific evidence that vaccines are safe and beneficial before they start behaving the way they do, pushing vaccines to children as if they were lollipops. The truth is, there is not such evidence; I have looked very hard for such evidence and I am still 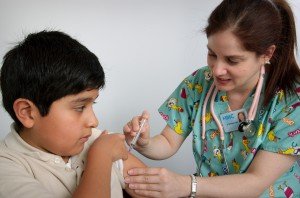 looking. In the mean while, every week, doctors are bombarded with emails from the NY State department of health and other governmental agencies with new ultimatums regarding new vaccines and updated vaccination schedules; the goal of this information flooding is to induce doctors to be more aggressive in their efforts to promote vaccinations of all kinds. This would be fine if these emails contained also attachments with the clinical studies that provide the scientific evidence that the promoted vaccine schedules are beneficial and above all safe in the long term. Instead, they come down on us from an anonymous vaccination committee run by the Centers for Disease Control (CDC). This is certainly not the best methodology for implementing massive population vaccinations with vaccines whose long-term side effects are not known and more so, they will never be scientifically explored.

The safety studies that have been produced so far by the pharmaceutical companies in order to get FDA approval relate to minor and immediate side effects after the vaccination process. There are absolutely no long-term studies for potential immune and other side effects prior to approval. What is shocking however is the fact that even after the vaccine becomes standard of care and is used on millions of people, there are no studies funded by the pharmaceutical industry or by the government to evaluate such long-term effects. It seems here that everybody has assumed that vaccines are safe and therefore there is no need to evaluate them for long-term effects. There is nothing further from the truth. This is the most absurd way to introduce new treatments, which can potentially affect the lives of millions of people in a negative way.

As early as 1983 the flu vaccine was recommended for all people older than 55 years old in order to reduce the number of deaths that were presumed to be the result of upper respiratory infections caused by the flu virus. Ever since, there is increasing evidence that the incidence of Alzheimer’s disease is increasing steadily while mortality from the flu has not improved at all. Was it not flu-related mortality of persons older than 55 years the reason for the initiation of universal flu vaccinations to such persons? (http://www.ncbi.nlm.nih.gov/pubmed/17897608 ), http://www.scientificamerican.com (this link will take you to the web site of Scientific American; go to the search window and search for the following: flu shots.

Why have we not stopped the practice since mortality is still the same? The evidence screams that the universal vaccination policies did not have any effect on reducing mortality in elderly people. In contrast, we have now extended universal flu vaccinations to every human being. The same is true for most vaccines. This is a classic case where governmental health care agencies made a decision that affects millions of persons without any evidence of clear benefit. In contrast, now that there is mounting evidence that something is not right, they do not even think about investigating possible relationships between such massive vaccination practices with potential long term unintended consequences.

The incidence of autism in US children is 5-15 times higher than other European countries. The fundamental difference between Europe and US is that our children get on average 32 shots (and rising) by the age of 2-3 years old and the European children get only 11. Isn’t this enough of a reason that this discrepancy needs to at least be investigated? Do not look for any attempts to do so. CDC and the rest of the corrupt government-controlled agencies along with the money-hungry pharmaceutical industry will never fund any such research. The only studies they are required to perform are studies that can prove that any new vaccine can provoke the immune system to produce antibodies. Unless an individual suffers from congenital or acquired immune deficiency (AIDS), his immune system will produce antibodies against every foreign antigen. Such studies are not even necessary but they do them so they can get the right to claim that the new vaccine is “effective”. This is what they mean when they claim that a new vaccine was found to be effective in humans. They have never evaluated the clinical performance in any of the vaccines they sell. Such follow up studies take many years and they are very costly. No pharmaceutical industry would ever finance such a study. Such studies are prohibitively expensive and would cut severely into the pharmaceutical industry’s profits. Whatever we know about side effects so far are from epidemiological studies that found out that autoimmune diseases have skyrocketed the last 2-3 decades (fact) but they offer no explanation since epidemiological studies by design cannot study the causes of disease.

What should one do then? The answer to this question is very difficult. Currently, most pediatricians respond to all directives from the corrupt agencies without ever asking for real clinical data to confirm the directives. Nobody knows who really decides that your children will need to have any given vaccine and we have absolutely no idea on what kind of scientific evidence they base their decision. All scientific studies are one way or another published in peer reviewed medical journals. In my most recent review of all vaccine studies that I could identify through PUB-MED searches and the independent Cochrane Reviews, I did not find any safety studies to have been conducted prior to the institution of any universal vaccination program as a standard of pediatric practice as defined by the health care regulatory agencies. All we know about harmful long term effects comes from case reports and epidemiological data that by nature describe population changes of disease characteristics and frequency over time but cannot assign causation.

We are therefore left in this deep hole in the dark trying to figure out if the changes are the result of this or that vaccine. It is impossible to come to a real conclusion and this is exactly what the pharmaceutical industry and their “regulatory agencies” tell us all the time. The problem is that what has been demonstrated by the epidemiologic studies should be at the least, a strong reason for the initiation of long-term prospective studies for the safety of these vaccines. This will never happen because they know the outcome of such a study already. Nobody wants to lose a lucrative source of income. The sad part of the story is that physicians, inadvertently, have been transformed to pharmaceutical industry’s sales personnel. It is time that they spend some time researching this matter and thus, act as real physicians whose role is to protect their patients. The link below is of interest for some general idea on the issues but for more in depth evaluation, physicians who prescribe vaccines, should do so unless they read all the studies regarding long-term efficacy and safety of all vaccines they prescribe. http://tinyurl.com/6w8cdv2